In math class, we spent some time reviewing all our math songs & poems in our Shared Reading books with a partner. 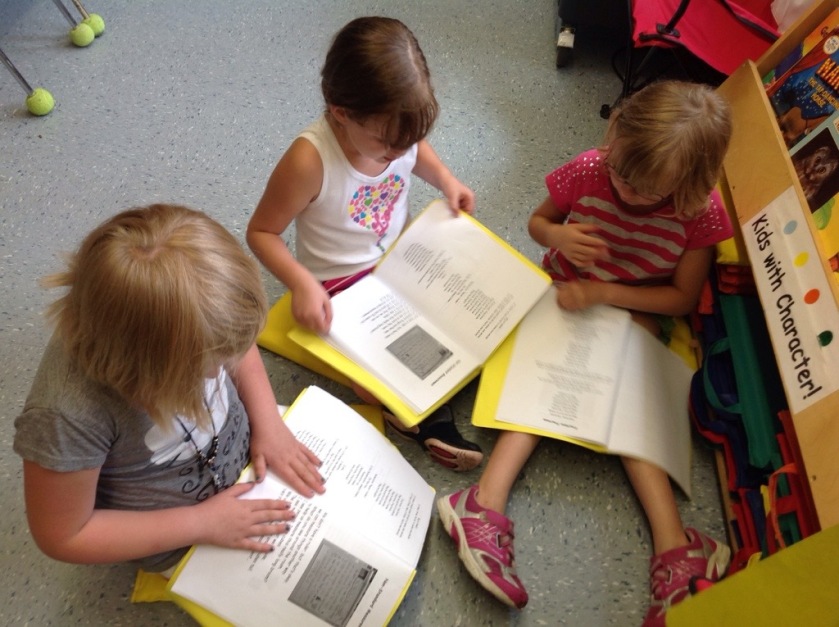 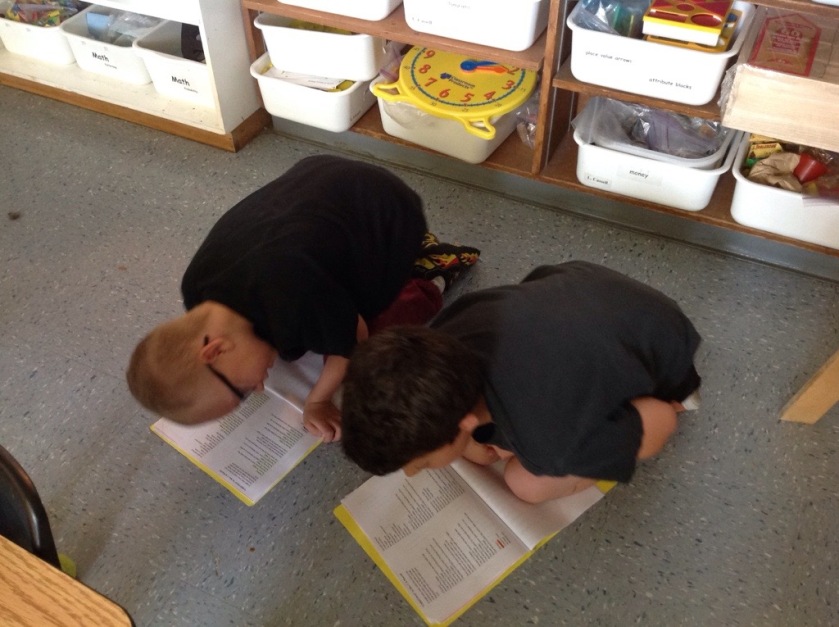 A few weeks ago we started reading the BFG. The BFG says a lot of funny words that we have never heard before. We had to do a lot of decoding and inferring to figure out what the BFG was trying to say. Here are some of our favourite funny words he used and what we think they mean based on the clues from the text, and our own ideas:

1.  “‘People would be rushing and bushing after me with goodness knows what and they would be catching me and locking me into a cage to be stared at. They would be putting me into the zoo or the bunkumhouse with all those squiggling hippodumplings and crocadowndillies.'”

Also, we know the BFG is talking about animals because the BFG says they would lock him in a cage and put him in the zoo. That is where animals are kept.

2.  ‘”If anyone is ever seeing a giant, he or she must be taken away hipswitch.'”

We think hipswitch means “right away” because when Sophie the BFG the BFG quickly (as fast as he could) took her away so she couldn’t tell anyone.

3.  “‘If you go back, you will be telling the world,’ said the BFG, ‘most likely on the telly-telly bunkum box and the radio squeaker. So you will just have to be staying here with me for the rest of your life,'”

We know that telly-telly bunkum box means TV and radio spueaker means radio because the word sounds like TV and radio. Also, when we want to tell the world news we use TV and radio.

4. “‘Meanings is not important,’ said the BFG. ‘I cannot be right all the time. Quite often I is left instead of right.'”

The BFG means “wrong” when he says left. We know this because the opposite of right is wrong. He is confusing his opposites.

5. “‘That is why you will be coming to an ucky-mucky end if any of them should ever be getting his gogglers upon you.'”

Ucky-mucky means “yucky” or “not good” because the word mucky can mean muddy or yucky or dirty or gross.

We know that “gogglers” means eyes because the BFG is keeping Sophie hidden so none of the other giants can see her.

Last week we started reading the BFG. Today we finished reading Chapter 6 and we have been introduced to the Big Friendly Giant. The BFG says a lot of funny words that we have never heard before. We had to do a lot of decoding and inferring to figure out what the BFG was trying to say. Here are some of the funny words he used and what we think they mean based on the clues from the text, and our own ideas:

1.  “‘You is trying to change the subject,’ the Giant said sternly. ‘We is having a nice babblement about the taste of the human bean. The human bean is not a vegetable.’

‘Oh but the bean is a vegetable,’ said Sophie.

*We think the word babblement means talking because:

– the word ending “ment” reminded Josiah of an argu”ment”

*We think the “human bean” means human being because:

Do you agree with our inferences?